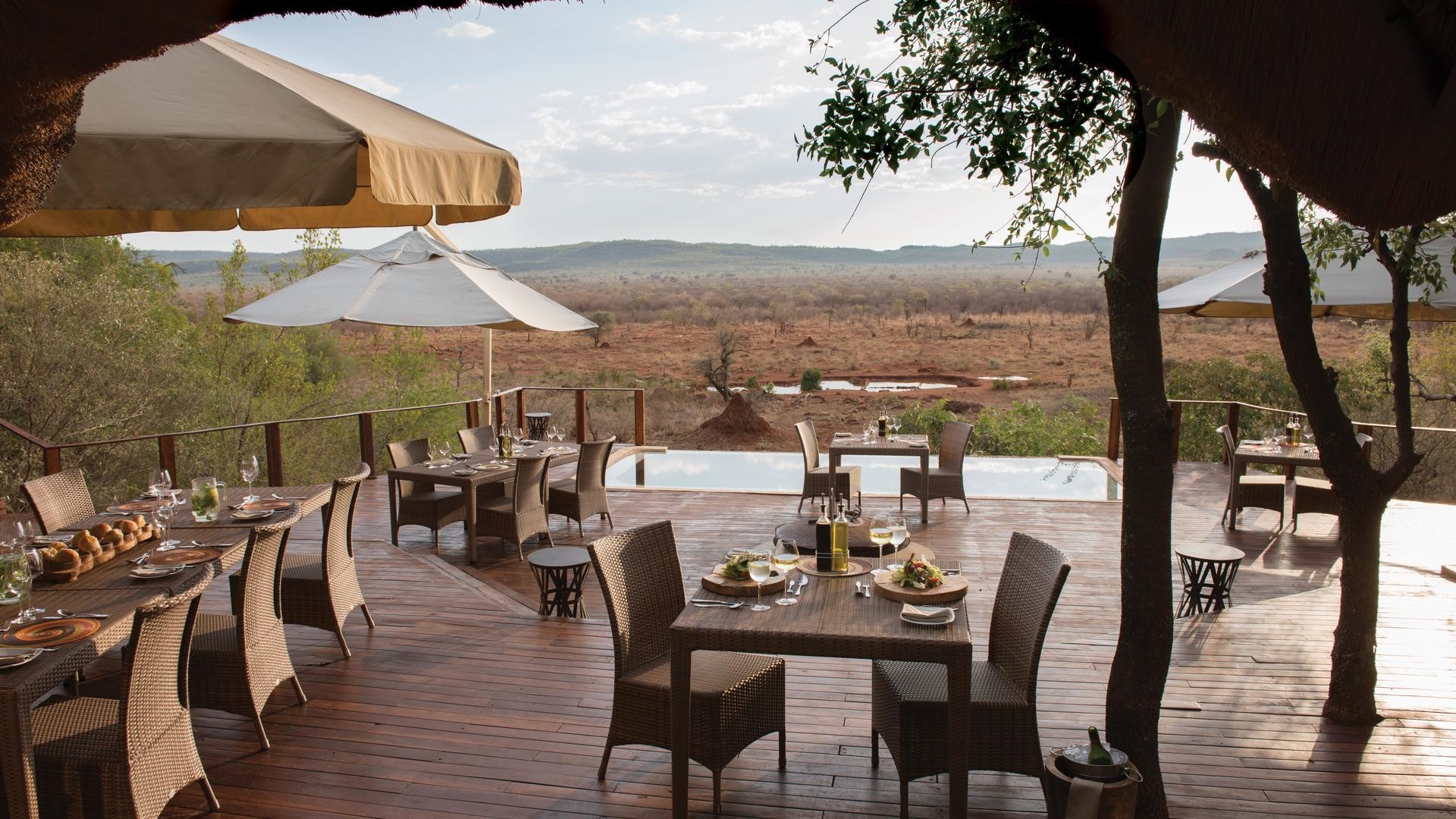 Set within 75 000 hectares of safari park, Madikwe Hills Private Game Lodge is situated on a rocky outcrop in the heart of the malaria-free Madikwe Game Reserve in the North West Province of South Africa. Ingeniously set amongst boulders and age-old Tamboti trees, the private game lodge is situated in the middle of Madikwe, giving visitors a huge game drive advantage over other lodges situated on the borders of the reserve and offers guests the most amazing South African safari adventure.

Madikwe Game Reserve is home not only to the ‘Big 5’ of Africa (Lion, Buffalo, Elephant, Rhino and Leopard), but also to a wealth of over 66 mammal species, including the rare African Wild Dog, as well as Cheetah, Eland, Kudu, Giraffe and a range of more than 300 resident and migratory species of birds.