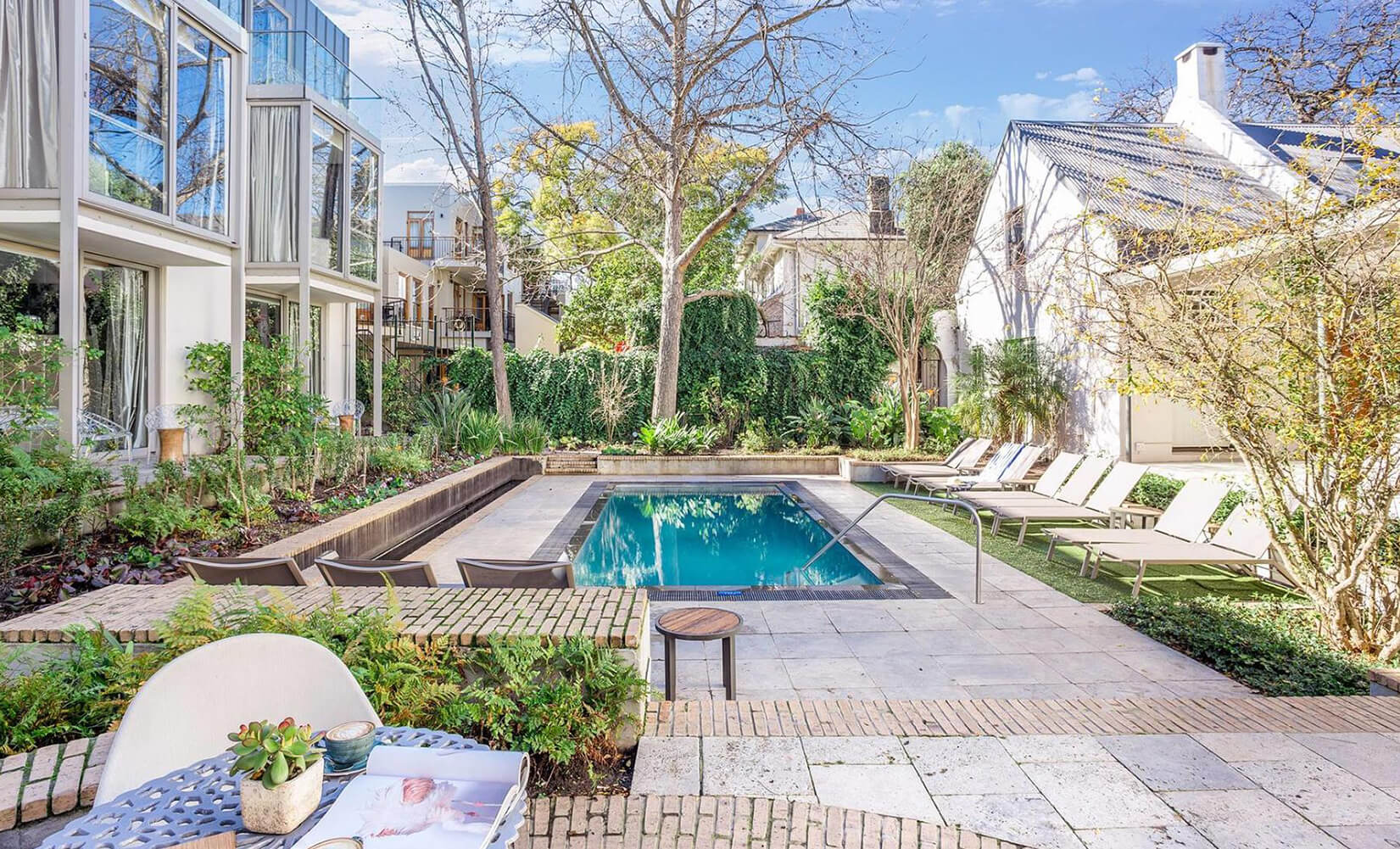 Established in 1686 as a modest thatch-roofed church at the request of Dutch governor Simon van der Stel, the namesake of Stellenbosch. Originally named d’Ouwe Werf or ‘the old yard’. The church was deconsecrated after being destroyed by a fire in 1710.

In 1802 the Wium family built an inn on the site, however, another fire swept through the establishment not even a year later, reducing both the inn and an additional 42 surrounding houses. The hotel was rebuilt, but 80 years later it would once again suffer the scourge of fire that wreaked similar damage to the previous one.

It was only in 1973 that owner, Gerhard Lubbe, restored the property and incorporated its history into the hotel. A preserved historical church graveyard can still be seen under the hotel’s kitchen today!

In 2007 the hotel was bought by the Petousis family and developed into what it is today, a premier Stellenbosch landmark.